The purpose of the video and the #notburiedtwice campaign is to raise awareness. Planned home birth for LOW RISK women in the USA increases the risk of intrapartum and neonatal death at least 3-5 times compared to low risk women giving birth in a hospital. These are preventable deaths.

We are here to let those families know they are not alone. We support them. Their stories matter. Their babies matter. Home birth advocates are trying to silence them and pretend that their babies never existed. They try to bury these babies twice: once in tiny coffins in the ground, and a second time by erasing them from the public consciousness. We aren't going to let that happen. They won't be buried twice.

For a quick breakdown of the numbers, comparing the 2014 MANA study (Midwives Alliance of North America), the CPM 2000 study (by Johnson and Davis, published in the BMJ), the 2013 Birth Center study (select CABC-accredited birth centers, majority of which were run by CNMs) and USA hospitals using CDC data, the mortality rates are as follows...

For each mortality rate below, it is intrapartum mortality (death during labor and delivery) plus neonatal mortality. And these numbers represent low risk women.

What does this mean?

Planned home birth has a mortality rate at least 3-5 times higher than hospital birth and twice as high as birth center birth (select CABC-accredited centers, that is).

For a more in-depth breakdown of the numbers and references, please click here.

The people in this video are real people, with real concerns, with real stories of loss, with a common goal to raise awareness and raise the standards for out-of-hospital birth. A big THANK YOU to everyone who volunteered to participate. A special thank you to the mothers of Gavin, Ligia, Brody, Magnus, Mary Beth and Clara for your continued bravery. I know it is not easy to speak up and share your stories – which is why many home birth loss mothers won’t speak up publicly. So thank you, thank you, THANK YOU.

To all of you watching? Thank you for doing so. Please share this video to help prevent more preventable loss, to honor those that have died and the families that mourn those mothers and babies, and to take a stand for a change that is greatly needed.

The idea for this video came to me after watching my friend, Megan, shared her home birth story on YouTube. After many hours of writing, assigning, organizing the layout, gathering and editing individual clips of footage, I handed it over to my friend, Nick Murphy, to edit and put it all together. Thank you so much, Nick! The “#notburiedtwice” campaign was started by Dr. Amy Tuteur, MD in the aftermath of the death of Gavin Michael. If you’d like to read more about when and why this campaign was started, click here: Let's Hold Them Accountable.

Gavin's mother shared her son's story, an attempted home birth, on a Facebook page dedicated to her son. Gavin died at 42 weeks, 2 days due to meconium aspiration. His midwife went online, asking in a public forum about the risks and for advice, after it was discovered at 42 weeks, 1 day that Gavin's mother didn't have any amniotic fluid. Read Gavin's story here: In Light of Gavin Michael

Clara's mother shared her daughter's story, an attempted home birth, on her blog. After two days of hard labor at home, Clara's mother transferred to the hospital, where they discovered there was no longer a heartbeat. Clara died at 42 weeks, 3 days due to meconium aspiration. Read her story here: She Was Stillborn

Brody’s mother shared her son's story, an attempted home birth after cesarean, as a guest post on the blog “TheNavelgazing Midwife.” Brody died during labor, while his mother was being transporting to the hospital, due to uterine rupture. Read Brody’s story here: Anna's Uterine Rupture Story

Magnus’ mother shared her son's story, an attempted planned breech birth at a freestanding birth center, on the website “Hurt by Homebirth.” She also created the website “Safer Midwifery forMichigan” as an educational resource for anyone considering the care of a midwife in Michigan, or anyone who has experienced negligent midwifery. Magnus died 13 days after he was born due to complications during birth when his head became entrapped and he was deprived of oxygen. Read Magnus’ story here: Magnus's Story

At this time, Ligia's parents would like the details of their daughter's home birth and death to remain private.

We won’t let them bury you twice.

We aren’t going to let them forget.

Because you are profoundly loved.

Because you mattered from the moment your mother found out about you.

And you will always matter.

More and more mothers, fathers and families are falling for the lies and misinformation.

More and more families are left with empty arms,

And wondering what just happened…

how did that happen?

Because they chose home birth.

Because people don't know the truth.

People don’t know how broken our home birth midwifery system is here in the United States.

Midwifery Today wants you to forget about Gavin Michael,

Deleting comments and banning anyone who asks about him.

But we aren’t going to let them forget.

We aren’t going to let them forget about my son, Gavin.

Or my daughter, Clara Edith.

Or my son, Brody.

Or my son, Magnus.

Or my daughter, Ligia.

Or any of the many other babies that didn’t need to die or who were needlessly injured during birth.

The Midwives Alliance of North America wants you to believe that home birth is just as safe as hospital birth.

But their own data shows that it is far from being “just as safe” as hospital birth,

Along with the data from every other study we have on home birth in the USA.

Not here in the USA.

Not even for low risk women.

And people deserve to know that.

But they don't want you to know that.

They don’t want you to know how risky it is.

They don’t want people to know about the loss.

They don’t want you to know about our heartbreak.

Your precious, perfect little bodies have already been buried once.

And they are trying to bury you a second time,

by erasing your very existence.

But we aren’t going to let them.

You will not be buried twice. 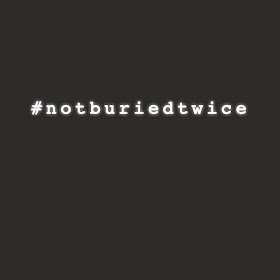