What Drew Me To Home Birth And What Turned Me Away, Part 1 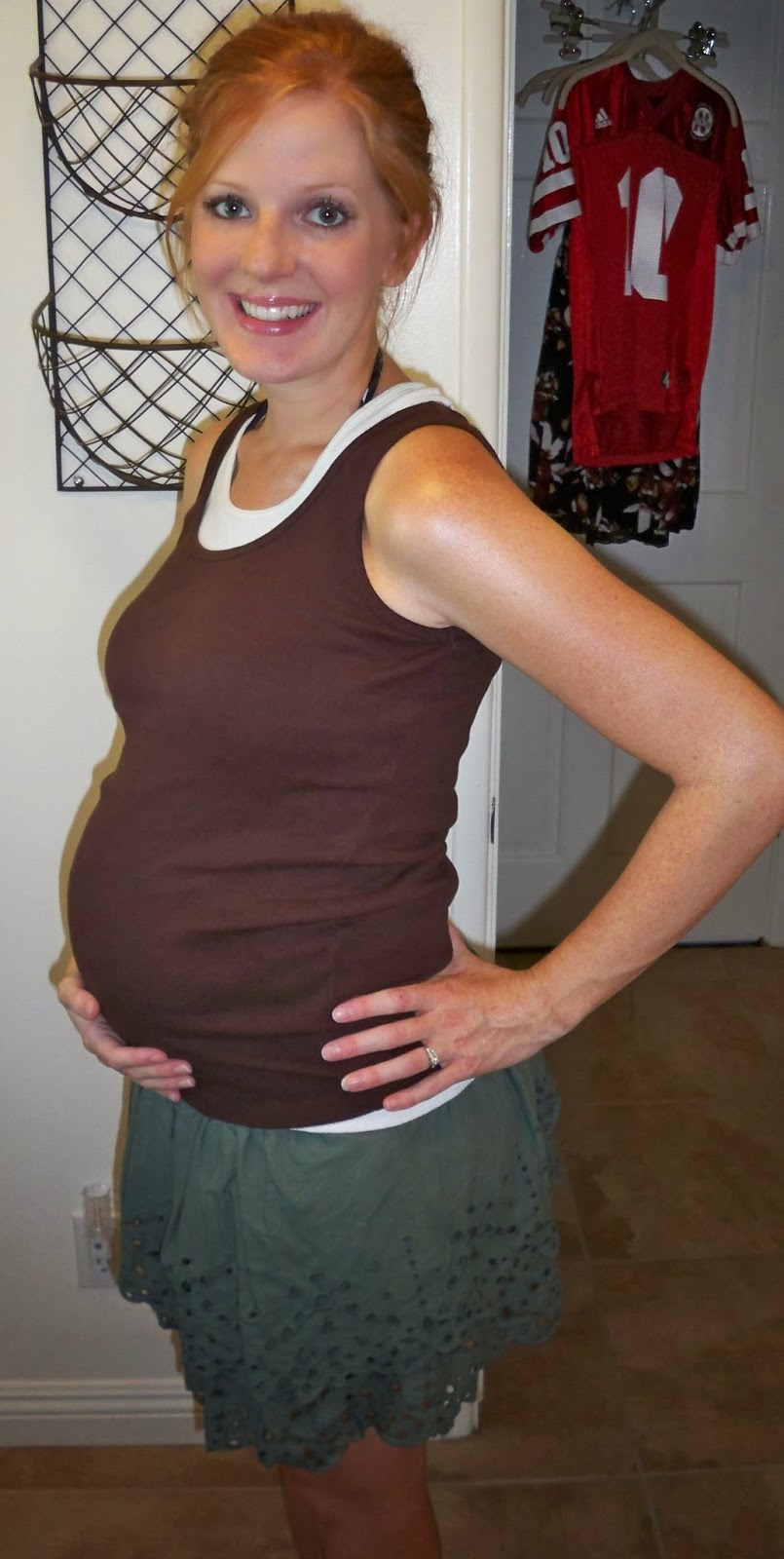 So how did I go from home birth lover to where I am now? I gave a short version in my first blog post but I shared the full scoop recently with a group of friends and felt encouraged to share it on my blog. Though it makes me nervous to do so as it is personal and I'm discussing people (without names) that once meant a lot to me, people that still hold a special place in my heart. And it's hard and well, it was heartbreaking, really. To go through. But..... you never know who might relate.

So first, I just want to say that “where I am now” is not a home birth hater. I am not anti-home birth at all. I think home birth is a wonderful option, actually. I think we are lucky to live in a country where we have many, many options for having a baby. The issue for us pregnant women here in the US is what is figuring out what options are safe, which are safer, and what options are dangerous. I do not agree at all with home birth in America being labeled “safe” as it stands now. So while home birth may sometimes be a safe option for women here in our country, as a whole it is not.

Shortly before my first pregnancy, I was introduced to the book Ina May’s Guide to Childbirth and the film The Business of Being Born. I felt immediately drawn to the idea of a birth with as minimal intervention as possible. The idea of home birth was also appealing to me but it was foreign. I didn’t know anyone in my circle of family and friends that had had a home birth.

Not long after that, we were pregnant with our first child.  I was taking prenatal yoga and the instructor was a home birth midwife. She was just finishing the process of becoming certified as a Licensed Midwife (LM). I loved her. She was so awesome and kind and she always made me feel so… empowered. She just had this really good energy and if you talked to her, you felt like you could talk to her for hours. A truly lovely person.

I was scared of having a baby in a hospital because of everything I had immersed myself into at that point. It seemed that in the home birth and natural unmedicated childbirth (NUCB) worlds that hospitals were pretty much looked at / described as scary places where you would be coerced into unnecessary interventions, my baby would get shots and tests without consent, nurses and OBs were driven by convenience and not evidence based care, etc. I was afraid I would have no control. I had the impression that if we ended up with a hospital birth, we’d end up having to fight for everything we wanted. My impression was solidified with every new article about home birth I read. Every person, every article, every source it all seemed to spell out the same thing. So I was terrified of that fight I was to have in the hospital. I’m not a fighter. I’m not someone who does well in confrontations. If someone comes at me, I typically freeze and shut down… and then later, I will think to myself “why didn’t I do this or say that.” I didn’t want that to happen to me at the hospital. I knew I wouldn’t win that fight. I knew I’d walk away with regrets because I knew I wouldn’t have full control and not everything I wanted would happen the way I wanted it to happen.

One day, after one of my first yoga classes, I was talking to the yoga instructor / midwife about epidurals… the dangers of epidurals… and she said "you should have a home birth." And the seed was planted… I could have a home birth. I could have a home birth. I now had someone I knew that was a home birther herself and was a certified, capable midwife. And she suggested it. Sounds silly but a small part of me felt a thrill that a home birth midwife suggested it to me... like it was an exclusive club and I was asked to join. Again, I know that sounds silly but it's how I felt. I now had a midwife I personally knew that I already loved. I had read so much now to know that if I had a certified midwife with me that I was just as safe at home as I would be in the hospital – except I wouldn’t have to deal with that fight at the hospital for the birth I wanted and for hands to be off and stay off my child.

The midwife gave handouts/articles every week at yoga class about birth issues – a lot of them focused on more of the same stuff: hospitals are money machines, leave birth alone, interventions are dangerous, etc. I still have almost all of them.

At the same time, my husband and I started taking childbirth education classes through his work. He is a civil engineer and works through a public agency. They had a lactation consultant hired part time for childbirth education classes for employees and their spouses. They also loan out nice, hospital-grade Medela breast pumps for free to employees and their spouses. It's awesome. :) Anyway, the childbirth ed teacher was not only a lactation consultant but was also a Licensed Midwife. I loved the classes, loved learning about childbirth (I was set on being a doula around this time) and she was offering up more of the same information. Everyone in the class was given a copy of Ina May’s Guide to Childbirth (so now I had two copies!) for the moms and a book by Dr. Sears for the dads.

Both of those women – the two Licensed Midwives – were/are amazing and so nice and charismatic and I loved them. I wanted to be in their care. Both of them. We now had officially decided to have a home birth (well, more like I  had decided and my skeptical husband trusted me and the articles he, too, had been given to read – the big one being the Johnson and Davis study from the British Medical Journal: Outcomes of Planned Home Births with a CPM). Yoga teacher was to be the midwife because childbirth ed teacher lived way too far away so it made the choice easy since I loved them both. However, we now faced a huge dilemma: our insurance company wouldn’t pay anything to cover having a home birth – we were 100% covered in the hospital. I didn’t even have co-pays. Versus zero coverage for the $4500 home birth. As much as I wanted the home birth, we couldn’t justify that cost. But I wasn’t going down without a fight. I fought them on it and even went to the Department of Managed Healthcare over it. I was not giving up.

I told yoga teacher she was going to be our midwife, she had to be our midwife. At the beginning of yoga class every week, we all went around to introduce ourselves briefly and say where we were having our babies and I was now saying that I was having my baby at home with the yoga teacher as our midwife when it was my turn for introductions. I was hell bent on having a home birth and now more scared than ever to have a baby in the hospital. It wouldn’t be right in the hospital. I didn’t want a fight during the birth. I just wanted that intimate labor/delivery experience. We'd be fine. We'd be safe. We'd be safer at home because we wouldn't have the interventions to worry about. Why didn't our insurance company understand?!

I had ditched my OB by this point and wasn’t even trying to find a new one. I had given up on the idea of an OB because I honestly was pretty much afraid of them. I knew if I needed an OB for an emergency, then I would have to go to one. But I didn’t need one for my low risk pregnancy. The OB I was with at the time seemed to be just like all the OBs were described in everything I was reading. He was dry, seemed to care less about my plans to avoid drugs, he was worried when I mentioned the word “doula,” (he said it doesn’t make for a good setting to have someone there with a negative attitude, stepping on the toes of the hospital staff – very sad that some doula(s) left that impression on him), etc. I didn’t feel half as comfortable or good around him as I did the yoga teacher or the childbirth ed teacher. I felt the opposite of “at ease” because I just had it in my head that he didn’t understand natural childbirth, didn’t understand what I wanted…. He just didn’t get it. Not like the midwives. I was sure I would end up with a thousand interventions and unnecessary c-section if I stayed with him.

Our insurance fight was ongoing so we hadn’t made 100% plans with the yoga teacher since we were waiting to hear if we’d be covered before we paid anything out. So I was seeing my Primary Care Physician for prenatal care at this point. My PCP -- whom I loved and trusted -- referred me to a new OB because she said I really needed to get an OB asap as she could not deliver my baby. I was in my third trimester now.

I met with the new OB… but didn’t like her. She was nice… but I just didn’t get that feeling from her that I was searching for. Ugh… I was starting to feel hopeless. I can’t lie and say that my husband and I didn’t get into some spats about it. I was willing to pay for the home birth even though we were covered at the hospital; he wasn’t. I didn’t want it to be more than little arguments though – it never became a huge “war” between us because I felt this needed to be something we were both on the same page with. I just had this gut feeling that it would work out for both of us to be happy and that it would happen the way it needed to happen. So we prayed. I prayed hard that we’d have our baby at home while I fought the insurance company for it. I had so much hope that it would work out.

"Chris and I are really hoping and praying it will work out for us to have insurance cover our birth here in our home... we have done a lot of research and feel confident this is the place we want and need to be... if you have any extra prayers or good thoughts lying around, you can send them our way so it all works out for us!!"

OK… stopping there for today… nap time is almost over and I need to get some laundry folded! :)

You are reading Part 1 of "What Drew Me To Home Birth And What Turned Me Away." Click to view: