A Letter from a Reader

I just discovered your page yesterday after a friend of mine linked to it on Facebook. THANK YOU for being brave and willing to post facts even when they are unpopular.  I wanted to share my daughter's birth story with you.

I was raised in the shadow of the story of my mother's successful unmedicated births and how she refused interventions (including ultrasounds) from medical professionals because she wanted to do things naturally and safely.  From elementary school on I knew that I wanted to -- in fact, needed to -- have an unmedicated birth because that was clearly the best, and safest, way to do it.

Fast forward to when I was pregnant with my first (and only) child. I planned to deliver in a hospital with an OB (as had my mother) but was extremely nervous to do so after reading things like Ina May's books and anything from Henci Goer that I could find. My husband flat out refused a home birth, which I thought was because he simply wasn't educated on these issues. Our compromise was a hospital birth with OB and doula.  I had developed a birth plan asking for nearly no interventions and felt nervous, but positive, about my upcoming unmedicated hospital birth.

I was devastated when my low-risk pregnancy quickly morphed into high risk pregnancy in the last trimester.  First, I developed gestational diabetes. I couldn't understand why this was happening to me because I'd been very careful with weight gain and nutrition. After more natural birth research, I was nervous the medical establishment was blowing the risks of GD out of proportion in favor of needless interventions. Thankfully, I was able to control GD with diet, which I could justify in my mind as not an intervention because it was "natural." Next, I tested Group B Strep positive. I was starting to worry my unmedicated labor and delivery was slipping away as I pictured myself tethered to an IV pole at the hospital. I called the hospital to make sure I could still use the birthing tub and sensed they were trying to hint that things might not go the way I hoped. My mom was skeptical of the need for antibiotics. She had never heard of a baby getting Group B Strep and didn't believe interventions would be necessary. I tried to research the issue myself and again found natural childbirth experts saying these risks were overblown by the medical establishment. I decided to get the antibiotics because I really didn't want to risk a serious infection to my baby (believe it or not I am actually quite risk averse) and because I thought I could still accomplish my natural birth goal (which I remained convinced was the safest and healthiest way to give birth).

The final nail in the coffin of my dream of an unmedicated birth was when my water broke at 38.5 weeks and I didn't go into labor for the next 12 hours. My water "breaking" was more like a slow leak, and it took me four hours to even realize something was going on. Thankfully, I eventually recognized what had happened and had the good sense to call the hospital. They told me to come right down and confirmed that my water had broken. I got started on the IV antibiotics right away and begged to be given time to go into labor naturally before pitocin was started (the rest of my water broken shortly before this). Pitocin finally started 12 hours after my water initially broke. I then endured painful contractions (and back labor) every two minutes for the next seven hours, determined not to have any more interventions. I barely progressed at all during this time and was only at 3cm seven hours after pitocin was started. I finally gave in and had the epidural (even the doula was recommending it by now) and fell asleep. Three hours later I was ready to push and delivered a healthy baby girl less than an hour later.

The crazy thing about this birth story is that until I found your blog yesterday, I was convinced that my daughter's birth, if not a failure, was definitely not a success because it was not optimal. I thought that my daughter had not experienced the optimal entry into the world, because her entry involved medications, needles, and beeping alarms and machines. I desperately wanted to control the birth process to ensure optimal outcome, and almost lost sight of the fact that keeping mom and baby safe is the optimal outcome and sometimes involves interventions.

Reading your blog yesterday helped me let go of so many feelings of guilt and failure I still feel regarding my daughter's birth. I hadn't realized that I'd been misled, first by the inaccurate beliefs passed on to me by my mom and second, by the misinformation I read in Ina May's and Henci Goer's books. I fully support women's choice for unmedicated birth, but, crazy as it sounds, hadn't realized until I read your blog that "natural" does not always equal "safest."

Thank you for reading this and for continuing to do the important work you are doing. I will be recommending your blog to all my friends. 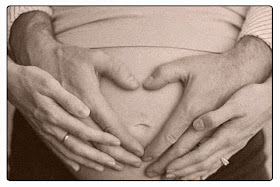